The feeling of entitlement and racism work in tandem. After all, racism doesn’t exist without its true believers who wholeheartedly feel that they are entitled to claim privileges and special treatment at the expense of "inferior" human beings.

The encounter was supposed to be an uneventful moment. But she was extremely offended by the black man, a fellow American citizen, telling her to respect the rules. The woman, who was later identified as Amy Cooper, chose to dramatize the mundane moment and dangerously played the race card. She never cared about the potential consequence of her lie that the man could have been shot dead by the police like so many other black men who were killed in cold blood.

“I’m going to tell them there’s an African-American man threatening my life,” she warned the man. “Please call the cops,” he responded calmly while recording the encounter with his cell phone.

With a certainty of entitlement, she called the cops. “There’s an African-American man. I’m in Central Park, he is recording me and threatening myself and my dog. …Please send the cops immediately!” She was raising her voice as if she was in some kind of imminent danger.

Fortunately, the whole drama backfired on Ms. Cooper, who was a portfolio manager at Franklin Templeton, a leading asset management firm. After the video the black man, Christian Cooper [not related to the woman], a Harvard-educated writer and editor, recorded went viral, the company fired Ms. Cooper.

Later in the day, another viral video invaded social media. It shows the tragic murder of a black man in broad daylight by a group of police officers in Minneapolis. One of the cops who was seen in a widely circulating video crushing George Floyd’s neck was identified as Derek Chauvin. While proudly putting his hands in his pockets and sporting his sunglasses on his head, he was putting his full weight on the dying man’s neck with his knees. 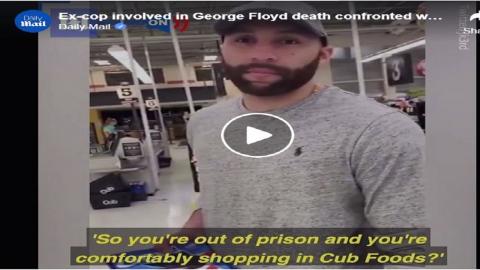 The feeling of entitlement and racism work in tandem. After all, racism doesn’t exist without its true believers who wholeheartedly feel that th...