Ahmity
boxing legend Muhammad Ali defends Muslim womenfrom wikiThe word "hijab" or "ḥijāb" (Arabic: حجاب, (he-zjab)pronounced [ħiˈʒæːb] / [ħiˈɡæːb]) refers to both the head covering traditionally worn by Muslim women and modest Muslim styles of dress in general.The Arabic word literally means curtain or cover (noun). Most Islamic legal systems define this type of modest dressing as covering everything except the face and hands in public.[1][2] According to Islamic scholarship, hijab is given the wider meaning of modesty, privacy, and morality;[3] the word for a headscarf or veil used in the Qur'an is khimār (خمار) and not hijab. Still another definition is metaphysical, where al-hijab refers to "the veil which separates man or the world from God."[2]Muslims differ as to whether the hijab should be required on women in public, as it is in countries like Iran and Saudi Arabia; whether it should be banned in schools, as it is in France and Turkey; or whether it should be left for the women to decide.Etymology and meaningAccording to the Encyclopedia of Islam and the Muslim World, the meaning of hijab has evolved over time: The term hijab or veil is not used in the Qur'an to refer to an article of clothing for women or men, rather it refers to a spatial curtain that divides or provides privacy. The Qur'an instructs the male believers (Muslims) to talk to wives of Prophet Muhammad behind a hijab. This hijab was the responsibility of the men and not the wives of Prophet Muhammad. However, in later Muslim societies this instruction, specific to the wives of Prophet Muhammad, was generalized, leading to the segregation of the Muslim men and women. The modesty in Qur'an concerns both men's and women's gaze, gait, garments, and genitalia. The clothing for women involves khumūr over the necklines and jilbab (cloaks) in public so that they may be identified and not harmed. Guidelines for covering of the entire body except for the hands, the feet and the face, are found in texts of fiqh and hadith that are developed later.[4]In Indonesia, notably the nation with the largest Muslim population, and some cultures or languages influenced by it namely Malaysia, Brunei and the Philippines, the term jilbab is used instead with few exceptions to refer to the hijab, as opposed to its "correct" modern Arabic definition. In some cases, colloquial use of the term Jilbab may refer to any pre-Islamic female traditional head-dress.[edit] In Islamic texts[edit] Qur'anThe Qur'an instructs both Muslim men and women to dress in a modest way.The clearest verse on the requirement of the hijab is surah 24:30--31, asking women to draw their khimar over their bosoms.[5][6] And say to the believing women that they should lower their gaze and guard their modesty; that they should not display their beauty and ornaments except what (must ordinarily) appear thereof; that they should draw their khimar over their bosoms and not display their beauty except to [...] (Qur'an 24:31)On 1 July 2009, Marwa Ali El-Sherbini (Arabic: مروة الشربيني‎), an Egyptian woman and German resident, was killed during an appeal hearing at a court of law in Dresden, Germany. She was stabbed by Alex Wiens[note 1] an ethnic German, against whom she had testified in a criminal case for verbal abuse.[1] El-Sherbini's husband, who was present at the hearing, tried to intervene and was mistakenly shot by a police officer who was called to the court room.[1] Wiens was arrested at the crime scene and subsequently tried for murder and attempted murder. He was found guilty of both charges, with the verdict qualifying the murder of El-Sherbin as a heinous crime because it was committed in front of a child, while attacking another person who tried to intervene.[2] The judge stated that the perpetrator was motivated by hostility and prejudice against a race and religion. Wien was sentenced to life imprisonment.the first song is Not Afraid to Stand Alone by Native Deenمحمد﻿ الاشقر 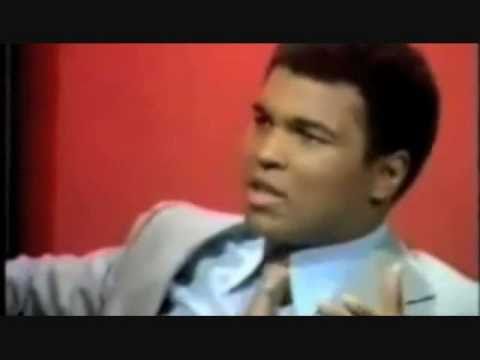