vip
After the wedding night Yemeni girl blood sweat and her eyes come out of stoneO God, ChwhaHer condition began after 6 months of her marriageThe girl «patient» health «miracle» hardens her tears and sweat bloodNews like a miracle that was not the case .. A girl in her twenties from «Bajel» Hodeidah governorate west of Yemen turning tears to cry «gravel» fossilized, and sweating blood come out of the pores.She told Hassan Faqih patient's «Online Source» for her story or what it considers «suffering» she said that since the beginning of the story was about 6 months, specifically after her marriage directly, as it began haunted by cases of fainting sometimes lasting four hours.And the evolution of the case than just fainting to the «large bulge in the abdomen» makes the shape resembles a pregnant woman in the final months.Initiated by her family and her husband Basaaffha to local clinics and hospitals, but doctors were unable to diagnose their situations, including reports and were satisfied with the results of its tests as «a sound from any disease».Then, after bouts «Bulge» become a sweeping «patient» cases «sweating» do not produce toxins water as is the case with people, but out of the pores of her body «bloody discharge».And recently developed its status to the degree of fear and miracles, as surprised as when crying the tears of liquid out «fossil» in the image of stones small varying sizes of at least size, each about the size of «small ant», not only on the tears of her eyes, but also from her ears also .And complain «patient», they suffer from pain and Odjaa in her eyes when you sleep, which denies them sleep and psychological stability, does not exceed the time of sleep in some days only two hours, which sometimes presented as a result of the sudden fainting fatigue.If the girl is a medical miracle twenties, her parents do not allow the potential to be subjected to medical examinations of the level of removal is high pathological condition, the treatment which is suffering.And plead through the «Source Online» experts and specialists from the people of medicine, the better off helping them to be treated at any location within Yemen or abroad, in order to diagnose the condition and treatment, and an end to suffering, especially as concerns that affect their status on the stability of health, as well as family 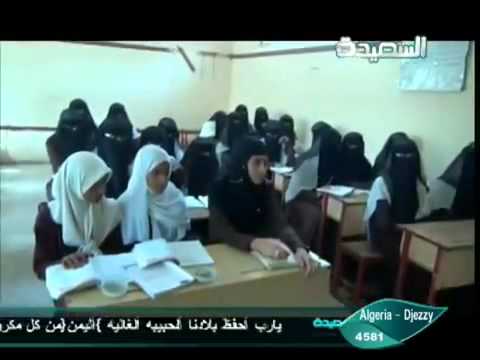 After the wedding night Yemeni girl blood sweat and her eyes come out of stoneO God, ChwhaHer condition began after 6 months of her marriageThe girl «...