Ahmity
ትግሉ ተፋፋመ ! " Teglu Tefafame" a nasheed on Ethiopian Muslims movement.For More information on Ethiopian Muslims movement please visit www.bilalcommunication.com and Bilal Communication at Face bookNeed for Courage365 Days and CountingProphet Muhammad (pbuh) is reported to have said; Allah loves two human qualities and dislikes two; the two qualities Allah loves are generosity and courage: The two qualities Allah dislikes are bad character and miserliness.The Need for Courage in times of trials and tribulations, patient perseverance and courage is required. There are dozens of words used synonymously with courage: audacity, fearlessness, heroism, valor, fortitude, bravery, resolution, spirit, boldness, and, colloquially, guts [Merriam-Webster Dictionary]. Courage is the mental or moral strength to venture, challenge, persevere, and withstand danger fear or difficulty.Let me first talk about courage and the need to take actions: Developing courage is an important attribute, and is manifested in a variety of ways;"Courage is not merely the physical strength of the body; a man may be strong but cowardly. Rather, courage is the strength that one has in his heart. In a battle, victory is brought about by both strength of the body and courage of the heart." [Ibn Taymiyyah]-To see what is right and not to do it, is lack of courage, it is cowardice. [Confucius]When we think of courageous people, we don't think of those who take great risks to show off, to become famous or to receive some personal gain. We think of those whose hearts directed them, in spite of fear, to accomplish something great, often times for others. Not for personal gain.genuine courage is the moral virtue which prompts a person to undergo hardships, face dangers, be patient, and support the efforts of human struggle according to the demands of justice and reason 'Ali (ra)said; cowardice is a defect in character and patience requires courage. Ibn El-Qayyim al-Jawzi explained that "courage comes from the heart being stable at the time of fear. Author, Charles Swindoll says:" The real tests of courage are ... the inner tests, like remaining faithful when nobody's looking, like enduring pain when the room is empty, like standing alone when you're misunderstood."At times, tears comes to my eyes thinking about the courageous Muslims of Ethiopia. Week after Week and for the past 365 days, Ethiopian Muslims of all ages and genders courageously and peacefully confronted the brutality of the Ethiopian government that is trying to impose the religious sect of its choice on them, deny them their constitutional right of freedom of worship and assembly. They have endured brutal crackdowns. Many are killed and many have been severely beaten and imprisoned. Children as young as 6 and 7 years old are gunned down. Women are dragged by hair taking their hijab away in total disrespect for their religious conviction. Young and old men are brutally beaten for wearing beard. Muslim Religious leaders are barred from entering their mosques that they lead for decades and are replaced by political cadres of the government.Muslim women are the once that gave the peaceful rights movement its Islamic character. The leaders of the Muslim community that were chosen by millions to represent them to dialogue with government were thrown in prisons for the last 170+ days for no reason except for trying to reason with the authorities.All this time and while the authorities are provoking the Muslims, the courageous Muslim youth did not even throw a stone. To the surprise of the outside world and even the Ethiopian government they remained peaceful and endured the humiliation and brutality of the Ethiopian government with remarkable patience.Our Lord, help us and do not turn against us. Grant us victory, and do not grant victory over us. Plan on our behalf and do not plan against us. Guide us, and make the guidance easy for us. Grant us victory over those who act wrongfully toward us. O Allah, make us grateful to You, mindful of You, in awe of You, devoted to your obedience, humble, penitent, and ever turning to You in repentance. Our Lord, accept our repentance, wash away our sins, answer our supplication, clearly establish our evidence, guide our heart, make our tongue true, and draw out malice from our breast and may the peace and blessing of Allah be upon our beloved prophet Muhammad!!! Ameen 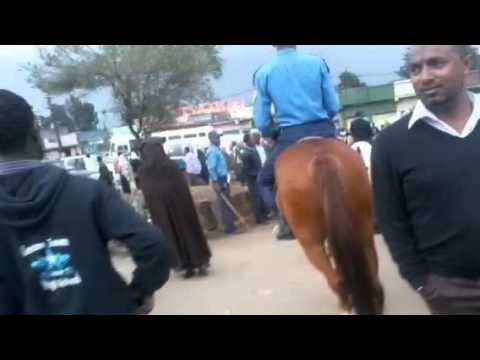