Sheikh Ali one of the oldest Mohafez of Quran

Shaykh Hasan Ali graduated in 1997 as a scholar/Alim in Islamic education, in addition to gaining a Masters Degree in Educational Psychology at the Institute of Education (University of London) in 2006. He became the Imam of London Islamic Cultural Society (LICS) mosque on Wightman Road, North London (www.lics.info), where he founded Safar Academy, enrolling with only a handful of students. He moved on from his post of Imam and went on to work at the prestigious Yusuf Islam’s Brondesbury College for Boys as the Head of Islamic Studies and Imam. After a number of flourishing years there, he joined Ebrahim College where he taught a number of studies including usul-ul-fiqh, tafseer of the Qur’an and A-level Philosophy of Religion.

Due to the massive growth of Safar Academy, he left the College and began to work full time to develop the Academy further and through the grace of Allah (swt), it has gone from strength to strength and expanded manifold.

Shaykh Hasan Ali is a well-known and reputable figure in North London, where he carries out a lot of voluntary work within the local community, such as local mosques and community centres, secondary schools, interfaith programmes and various community events. He has also been a pillar of support and advice to the local community, providing services and delivering jummah’s (friday sermons) and inspirational lectures at various mosques across North London, in particular London Islamic Cultural Society (LICS), Edmonton Islamic Centre (EIC) and the Muslim Community and Education Centre (MCEC).

Sheikh Ali one of the oldest Mohafez of Quran 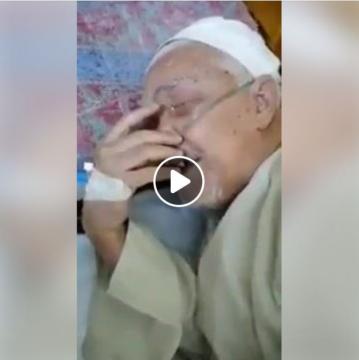 Shaykh Hasan Ali graduated in 1997 as a scholar/Alim in Islamic education, in addition to gaining a Masters Degree in Educational Psychology at the In...