They were about to tie him without knowing that he was an agent for FBI. It is true! Some police officers in the U.S. are ill-prepared for the job they are supposed to do with humility, humanity, and empathy. This is because they are not well-trained. Policing was supposed to be an honorable community service. But the police, as an institution, was also built to oppress, dehuminize, and crush the 'inferior' others.

Little has been done to reform it. And yet, a lot has been done to ensure that abusive trigger happy police officers are heavily armed and enjoy impunity even when they commit heinous racist crimes in broad daylight.

he feeling of entitlement and racism work in tandem. After all, racism doesn’t exist without its true believers who wholeheartedly feel that they are entitled to claim privileges and special treatment at the expense of "inferior" human beings. 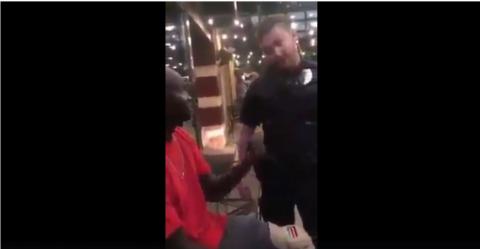 US Police Arrest South Sudanese Not Knowing He's Fbi Agent They were about to tie him without knowing that he was an agent for FBI. It is true! Some p...