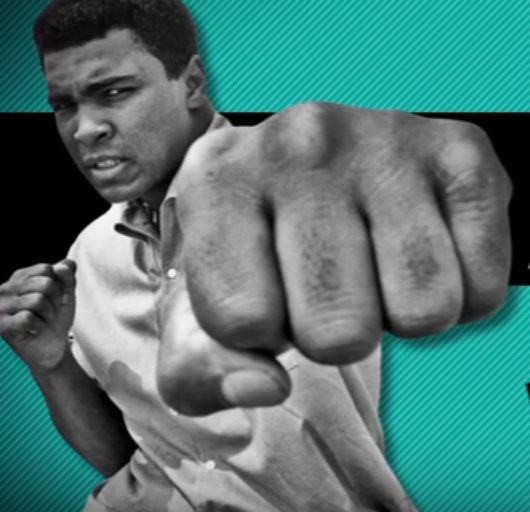 The F.B.I. monitored Muhammad Ali and his ties to the Nation of Islam, newly released documents from 1966 show.

The F.B.I. said in the 142 pages of documents that it had informants close to the Nation of Islam who let them know the details of Ali’s involvement with the group. That involvement first came into full view right after Ali first won the heavyweight title, by beating Sonny Liston in 1964.

It was then that Ali affirmed he was a member of the group and that he would no longer be known as Cassius Clay but as Muhammad Ali.

Years later, Ali converted to orthodox Islam. But in 1966 the F.B.I. focus was on the Nation of Islam, which a hodgepodge of agency documents refer to as an “all-Negro, semireligious, antiwhite” organization. The records, which refer to Ali as Clay, show that the bureau was paying particularly close attention to the group’s leader, Elijah Muhammad.

Any sign that Ali was growing closer to the group received scrutiny. His ordering and wearing of a captain’s uniform from the Fruit of Islam, the group’s paramilitary wing, was worth an entire memo. The documents also note several supposed disputes between Ali and the Nation of Islam, or Ali and Elijah Muhammad. One memo suggests Elijah Muhammad was “most upset” that Ali had allowed a reporter to follow him with a tape recorder.

The bureau was also interested in any developments on the possibility that Ali would be drafted into the Army and whether he would seek conscientious-objector status. (The next year, Ali did decline to accept a draft call-up, resulting in the loss of his heavyweight title, although years later, he won it back more than once.)

The significance of many of the documents was hard to gauge immediately because of redactions. Names of informants and others have been deleted. In a number of cases, Ali’s own name seems to have been redacted. Several pages are completely blank.

Few details seemed too small for the F.B.I. to record. Ali’s divorce proceedings and traffic tickets are worth memos. All of the reports are cast in relation to the Nation of Islam and Ali’s faith in general. One memo highlights that in divorcing his first wife, Sonji, Ali said that she had not lived up to the Muslim faith, dressing immodestly and wearing lipstick.

Although some of the documents are based on information from informants, others are simply newspaper and magazine clippings.

One memo merely repeats a gossip item from Jet magazine speculating that Ali would marry one of the daughters of Gamal Abdel Nasser, then the president of Egypt. Ali did not, but the memo concludes, “The 9/29/66 issue of ‘Jet’ magazine is being retained in Chicago file 100-35635-B.”

The documents include an angry letter from Gen. Lewis B. Hershey, then the head of the Selective Service system, blasting Ali and complaining that the news media was overly favorable to him. The letter, which was addressed to The Voice-Jeffersonian newspaper in Kentucky, said of the possibility of Ali’s traveling to Montreal for a fight, “This will be good riddance for the crowd supporting Cassius and his ilk.”

In one document, the F.B.I. expresses displeasure with an article by The Chicago Daily News Service that contended that the bureau was watching Ali. The memo says the article was “irresponsible journalism based on supposition or a desire for sensationalism with a total disregard for or lack of the true facts.”

That memo did acknowledge that the Nation of Islam was “under continuous investigation by this bureau for a number of years” but claimed that Ali himself was not the subject “of an active investigation.”

In a May 1966 memo, the bureau says it is interested in Ali because of his notoriety and his “close relationship” with the Nation of Islam. But it says that it will not conduct an investigation into his activities for fear that he would charge the bureau with harassment.

It concludes, “Should information be received indicating Clay is definite security threat, we would, of course, then institute active investigation of all his activities.”